Everything your agency wants you to know but won’t tell you because they don’t want you to fire them.

A Forbes study shows that only 41% of all marketing clients have a positive view of their agencies.  Only 38% report they are satisfied with their agencies*.  But it doesn’t have to be this way.

Here at Push, we’d like to present a series of articles to help clients better understand and work with their agency. You’re welcome.

Now the fifth in our eight part installment…

You’re cruising along on the new social media campaign. It’s been a 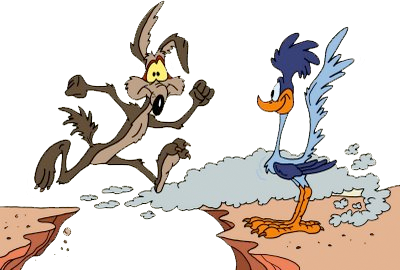 little bumpy to say the least. Your CEO came in at the last minute and had some comments that derailed you for awhile. But now you’re back on track. Your agency has been quietly spinning in the background, meeting deadlines and being just lovely about your requested changes. Then, out of the blue, you receive an e-mail with an attached change order. The e-mail explains that the original scope of work called for two rounds of revisions and your requested changes have resulted in a $5,000 change order fee to the budget.

Unfortunately, in our business, this scope creep scenario happens all to0 frequently . The behind-the-scenes plot goes something like this:

I’ve never met a client who wanted his/her agency to lose money on a project. But in the scenario above the agency suffers from “Golden Retriever/Ostrich Syndrome”. Most agencies are so eager to please their clients they often stick their head in the sand and ignore budget realities until it’s too late. Agencies HATE talking about scope changes. We hate it! So we just keep holding on, hoping for the finish line. And when the finish line doesn’t come in time, the agency panics.

A SOW can NEVER be watertight enough to cover every eventuality. Talk about budget early…and often, with your agency. It’s incumbent on the agency to broach a scope change. But the ebb and flow of most projects fill a SOW with gray area. In the scenario described above, the agency is way too late for a scope change conversation. All they can do now is to humbly appeal to your mercy.

Here are a few recommendations to beat scope creep:

Don Low is a Principal at Push. When he’s not working, he’s turning laps in a pool, riding his road bike, rooting his kids on or deciding what to make for dinner.